Why the New Vikings Stadium is Worth Every Penny

Well, it's official.  I've seen the inside of the new U.S. Bank Stadium...and it's awesome.

This weekend (as I'm sure 99.99999% of Minnesotans already know) was the U.S. Bank open house - which meant that hundreds of thousands of Vikings fans flooded the stadium for a glimpse at the inside of our city's newest skyline addition.  It was also pouring, which I thought would for sure deter people from coming.  But, SKOL pride is stronger than a little sprinkle, amiright?  I mean, come on - we're from Minnesota.  We had a blizzard hit and it caved in our last stadium roof, so we're ready for anything that comes our way. 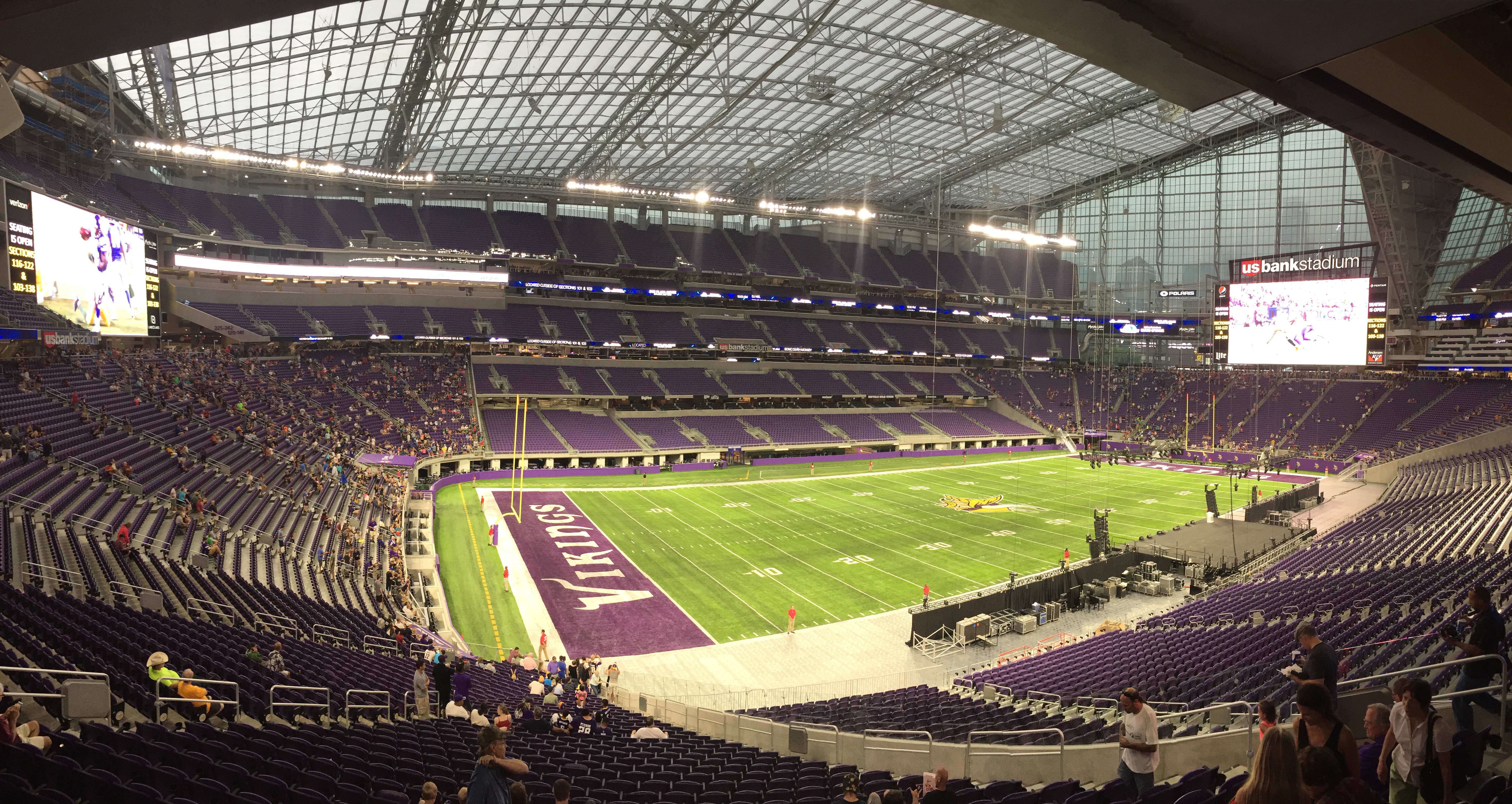 Other than some unpleasant echoing from the massive amount of speakers (which should probably be worked out in the near future if game play by plays are to make sense to fans), I was really impressed with the whole sha-bang.  Food vendors range from new Minneapolis favorite, Revival, to local landmark-named pit stops like "Stone Arch Pizza" and "Mill City."

The windows in the stadium are impressive - like the TCF Stadium, there's a skyline view, and the natural light really makes the space feel airy and open.  Local artists' murals don the walls around the walkways, and one area is dedicated to honoring local Minnesota communities and teams.

Needless to say, the stadium is state-of-the-art, and this fall is going to be fantastic.  The gates are open, my friends.  Bring on the football. 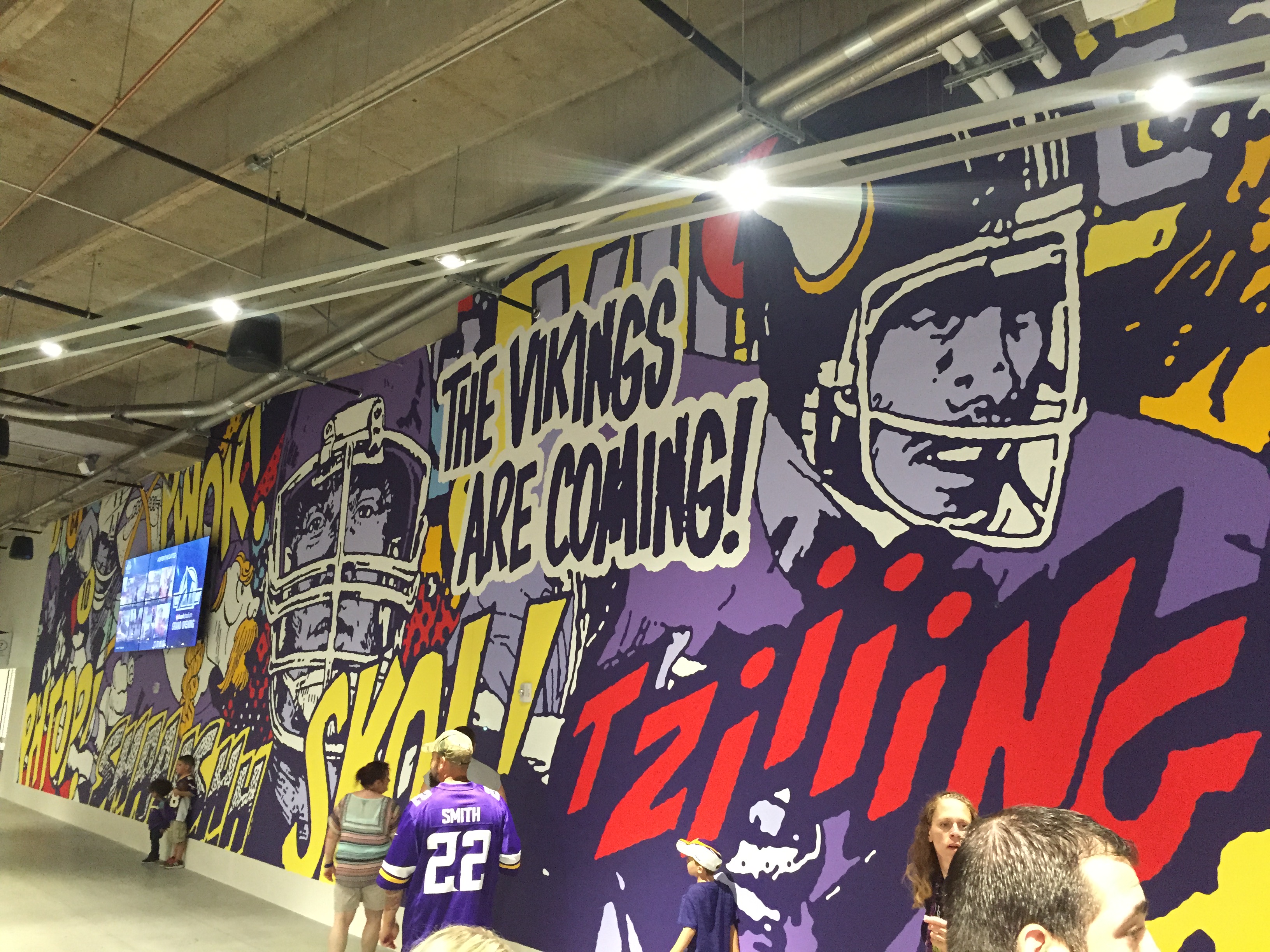