The Best View of the Minneapolis Fireworks

Like most Minnesotans, we took the fourth of July holiday weekend to travel to the cabin.  It was perfect weather and we miraculously managed to avoid the majority of traffic by hitting the back roads.  Since the actual fourth of July was yesterday though (and there wasn't a day-after buffer for traveling), we had to head back during the afternoon.  Unfortunately, that meant missing the quaint over-the-lake, small town fireworks show.  But the good news is we knew we'd make it back to the cities in time for the big bang show over the Mississippi River and the Stone Arch Bridge. 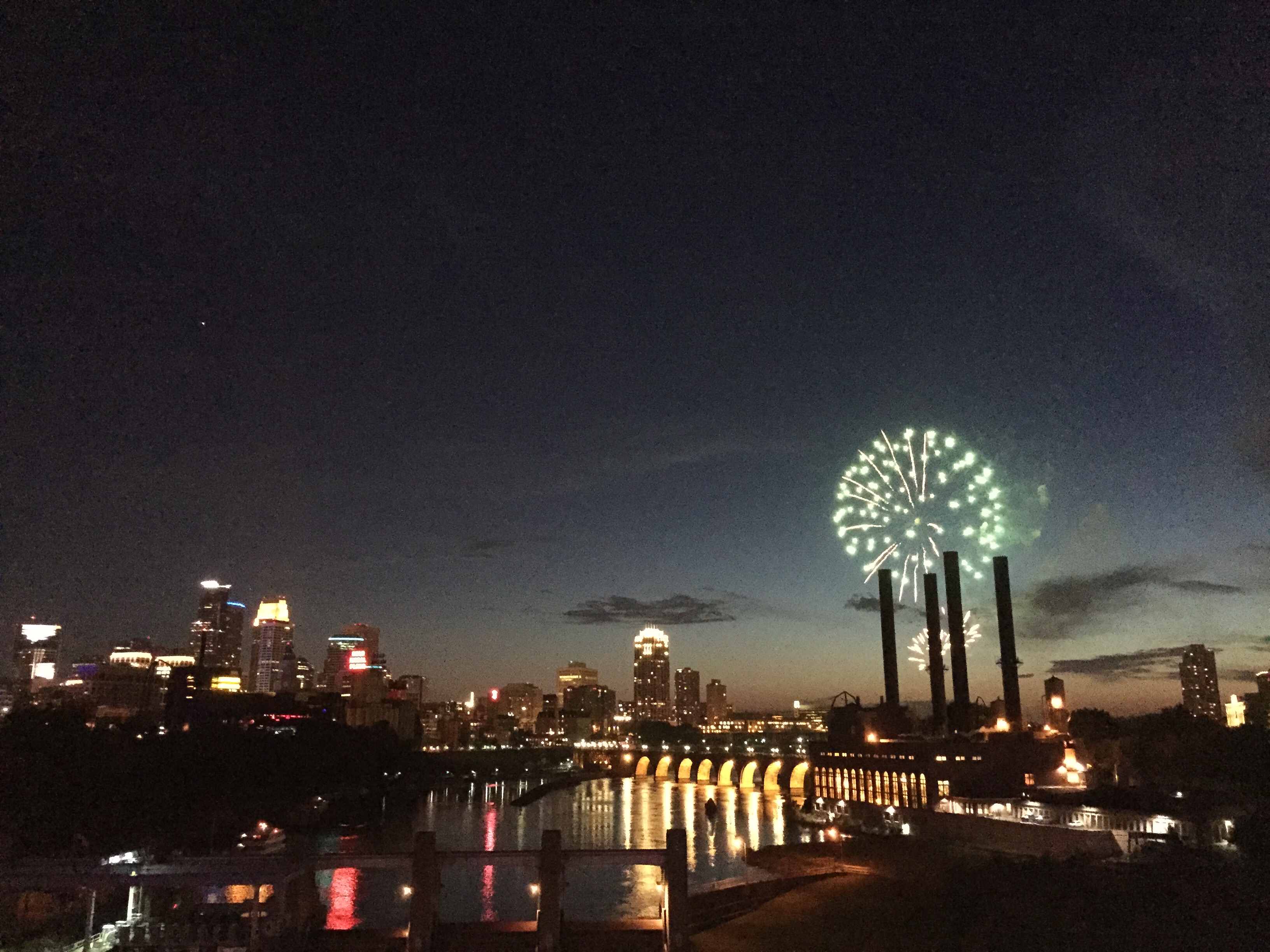 Most of you know how this story goes (spoiler alert: it involves the impossibility of finding a parking spot within five miles of the river).  After unloading our bags, we left our house to head downtown around 9pm, thinking we'd have plenty of time to park and catch the full show (which was supposed to begin between 9:30-10pm).  Traffic was surprisingly non-existent heading into downtown, so we though, "easy peezy!"  Then we turned off the highway onto 4th street...and hit a cluster of cars.

We inched our way towards St. Anthony Main, keeping our eyes peeled for ANY spot.  As we drove, the clock ticked closer and closer to 10pm.  Finally, as we turned around to head in the opposite direction to see if anyone had vacated the spots we'd already passed, we heard the first boom echo through the old warehouses.

Given that fireworks shows only last about 15 minutes, we decided to call it a night and try to at least catch a glimpse of it as we were driving home.  So we got on 35W just as the show was ramping up - and to our surprise, in front of us, cars were slowing down to about 10 miles an hour, then pulling over on the shoulder and getting out to watch the show.  So naturally, being the law-abiding citizens we are, we followed suit.  Even an ambulance pulled over to see the spectacle.

In general, the view of downtown from 35W is stunning and by far one of my favorites.  But last night's view was a first, and it was incredible.  Not that we're suggesting stopping your car on the side of a roaring highway, but next year, if you happen to not be able to find any parking along the river and you happen to decide to head home early, maybe slow down a bit on the bridge - you just might catch the best city view around.