I am certain that all honey bee activists will hate what I am about to say, but here it goes anyways: I hate bees.  Don't get me wrong, I love honey and understand that we need a healthy population of bees to do basic food chain and environment procedures and such.  They are "beloved creatures" that do "important work."  But the truth is that I just usually get along better with bunnies than buzzing insects.  I mean seriously, have any of you ever met a queen bee? She's usually saying things like "let them eat cake" instead of being a kind old soul like Madame Elizabeth across the pond.  I wouldn't exactly call insects of the bee/wasp/hornet variety "friendly" beasts if you get my drift.

So last summer, for the first time in my very short homeowner life, I had to deal with a little infestation of these buggers (it's a lot easier to just call up the landlord when things go south).  Normally, if they were way up in some eave just chillin' and doing their thang, I would have probably tried to ignore them until winter showed up.  But they had formed a nest under the front door and side door steps and at the time, we had a very curious five-month-old puppy who wanted to try to eat everything.  Plus, every time we'd take a step down to walk into the backyard, I could just picture a huge reverberating "boom" echoing in their self-made throne room and all the little wasps getting more and more angry.  So, I needed a solution. 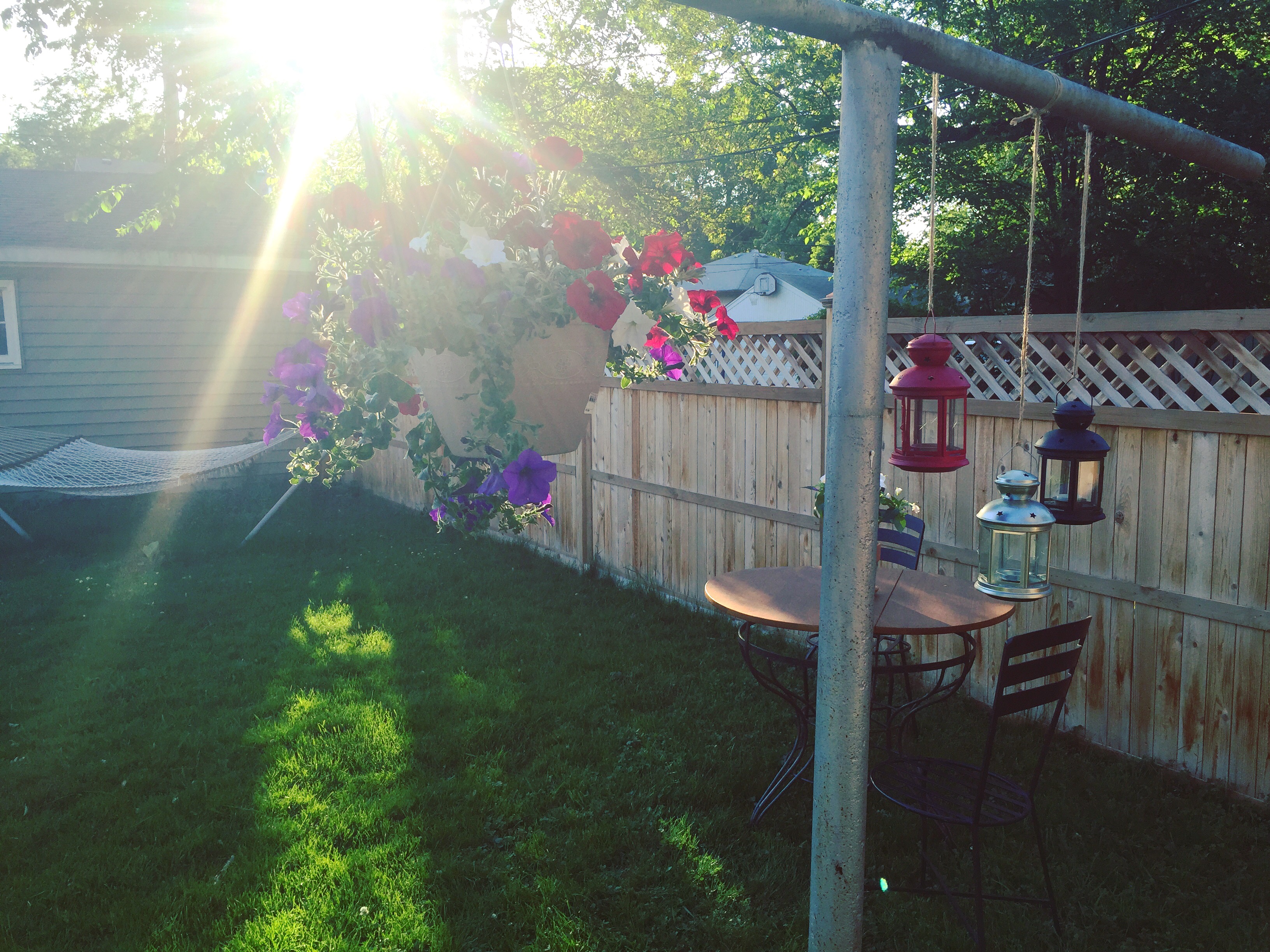 This is a picture of my laundry pole-turned flower pot holder that also had an infestation.  Now it's happily empty and free to stand tall for my backyard enjoyment.

I did what all college-educated citizens do when confronted with a problem: google it!  I typed in "Minneapolis wasp removal," and a whole list of companies popped up.  Most of the ones at the top of the list were big name companies like "Adam's Pest Control" and "Orkin" - you know, the ones you see plastered onto vans driving around and the ones with the occasional TV commercial.  The companies, I'm sure, do great work and are probably quick as can bee (see what I just did there? Ha. Ha.).  But when I asked for a quote from the very nice saleswoman, I received an answer along the lines of "$149, plus tax" for the extermination - and also, you may still see activity for up to three weeks after we spray."  Chicka-what?

At this point I started debating if it was worth it to wait it out and just hop over the entire doorstep every time I entered and exited the house.  Then I realized that that would constitute as a work out and my poor little legs couldn't handle the strain.

So I scrolled down the list a bit and saw "Wasp Control Minneapolis - Bee Removal Specialist."  I clicked on their website and dialed the number.  Within a few rings, I was talking to the owner, Kevin, and he quoted me at just over $100 and offered to head over within the hour as soon as he'd finished his bee removal appointment in Bloomington.  Sure enough, in just a short time he was at my house and after showing him the nests, he took a scan of the whole house, garage, and basement to see if there were any other problem areas.  Ba-da-boom-ba-da-bang.  See ya never, wasps.

Perhaps you aren't as deathly terrified of bees/wasps/hornets as I am.  But nonetheless, they aren't exactly kid- or pup-friendly, so if you have an infestation, it's always a good idea to get a professional involved to make sure you're doing more than just spraying them with windex and making them angrier (hypothetical situation, of course - I maybe only did that once in my life).  So call the "Bee Guy" at 612-564-4312 - and bee free! (Did it again, see? It's a punny sort of day around here).